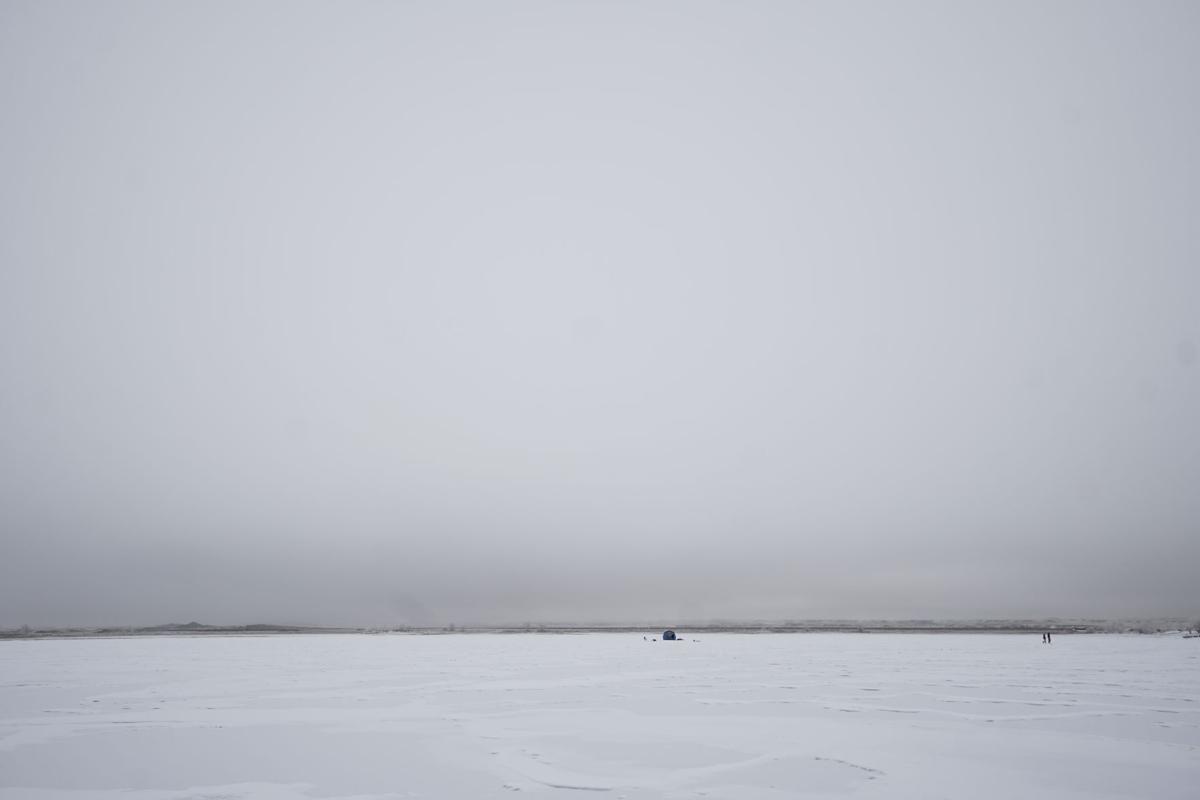 An ice hut stands on an arm of Boysen Reservoir near Shoshoni. Anglers use huts to keep out wind and cold. 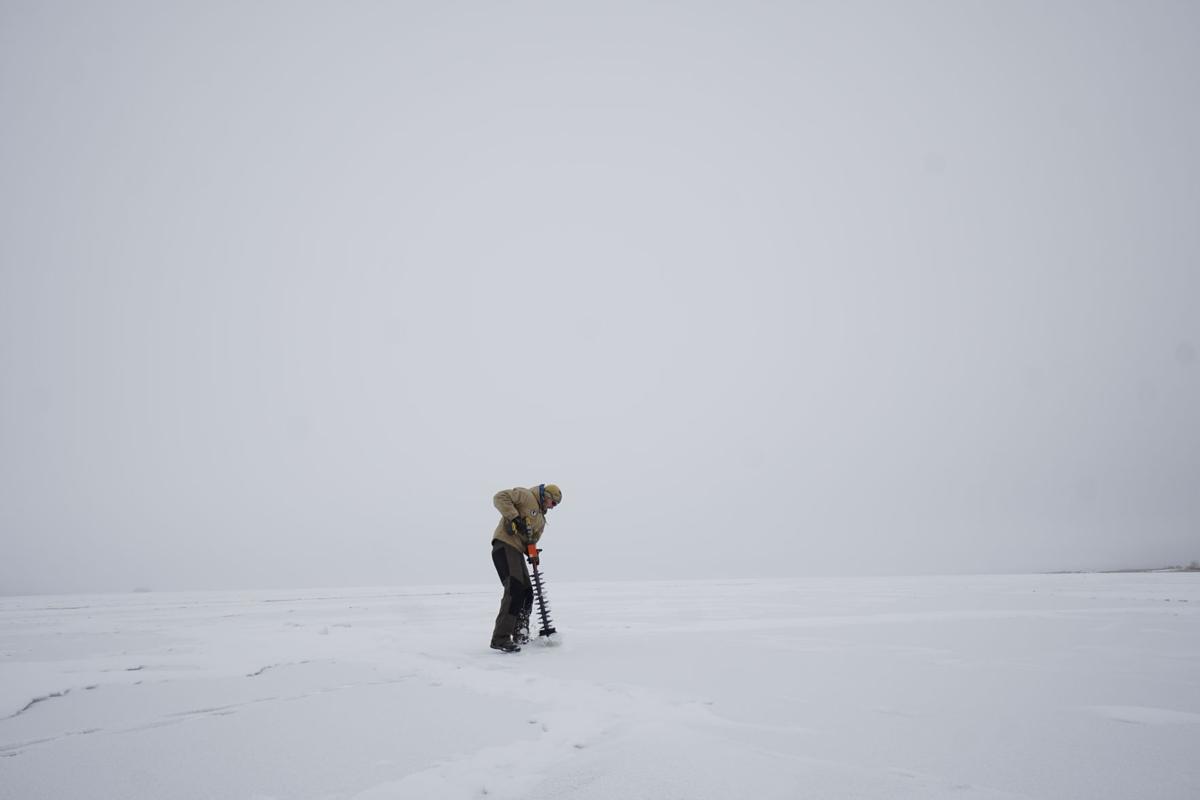 An angler drills a hole through the ice on Boysen Reservoir. 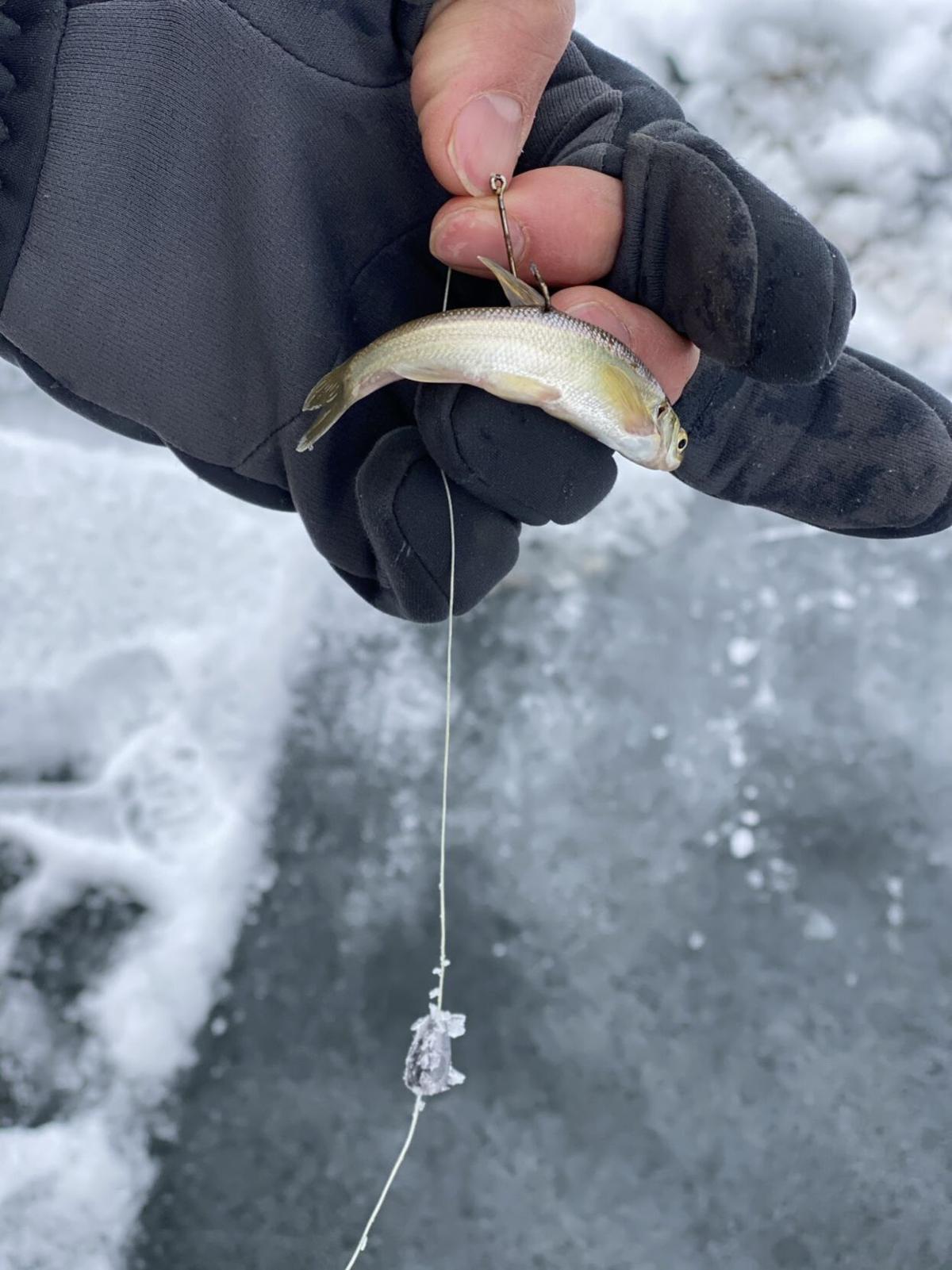 Minnows are allowed on some bodies of water in Wyoming, but not others. Check regulations before using live bait. 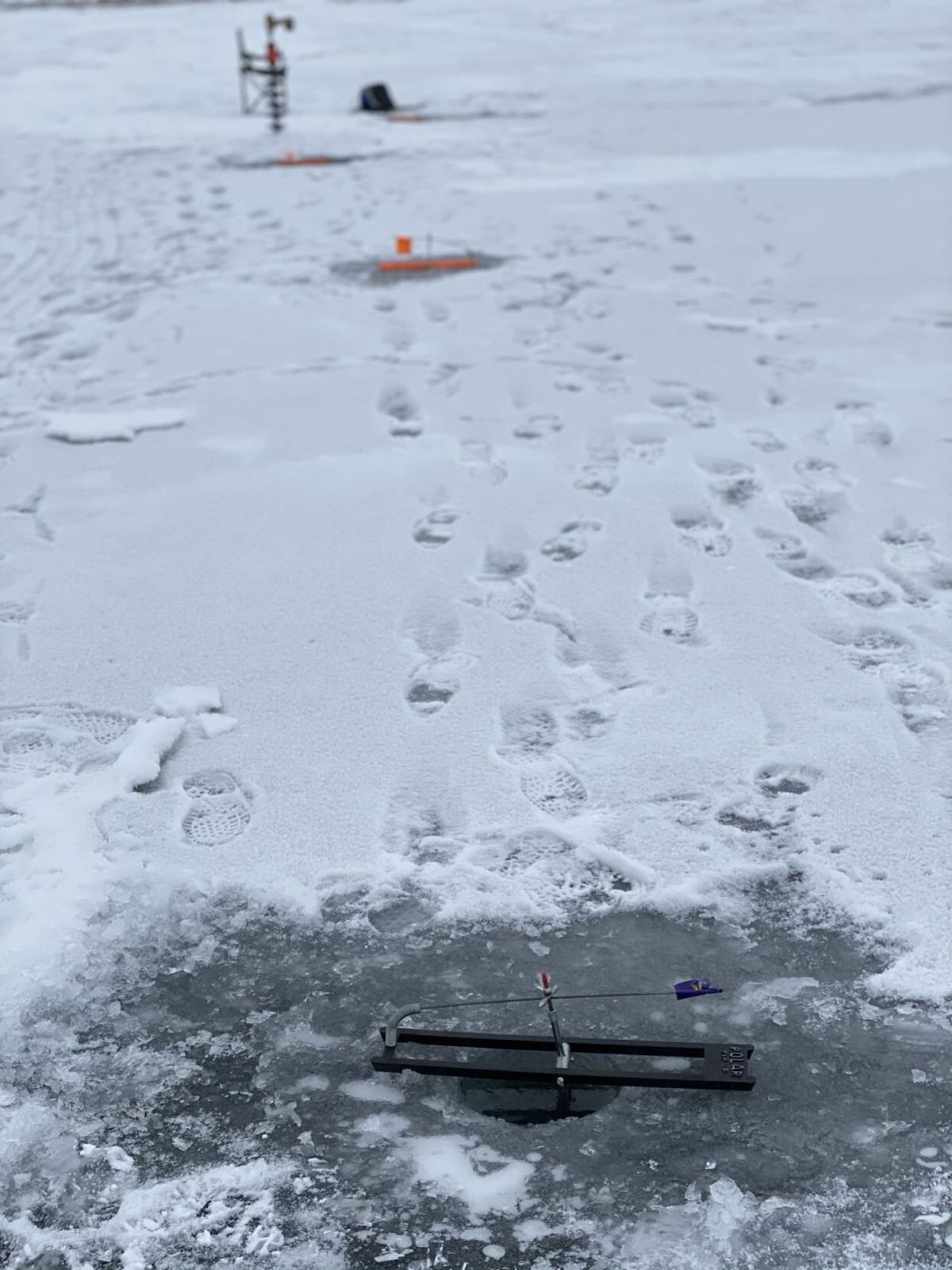 Tip ups sit in a line recently on Boysen Reservoir. 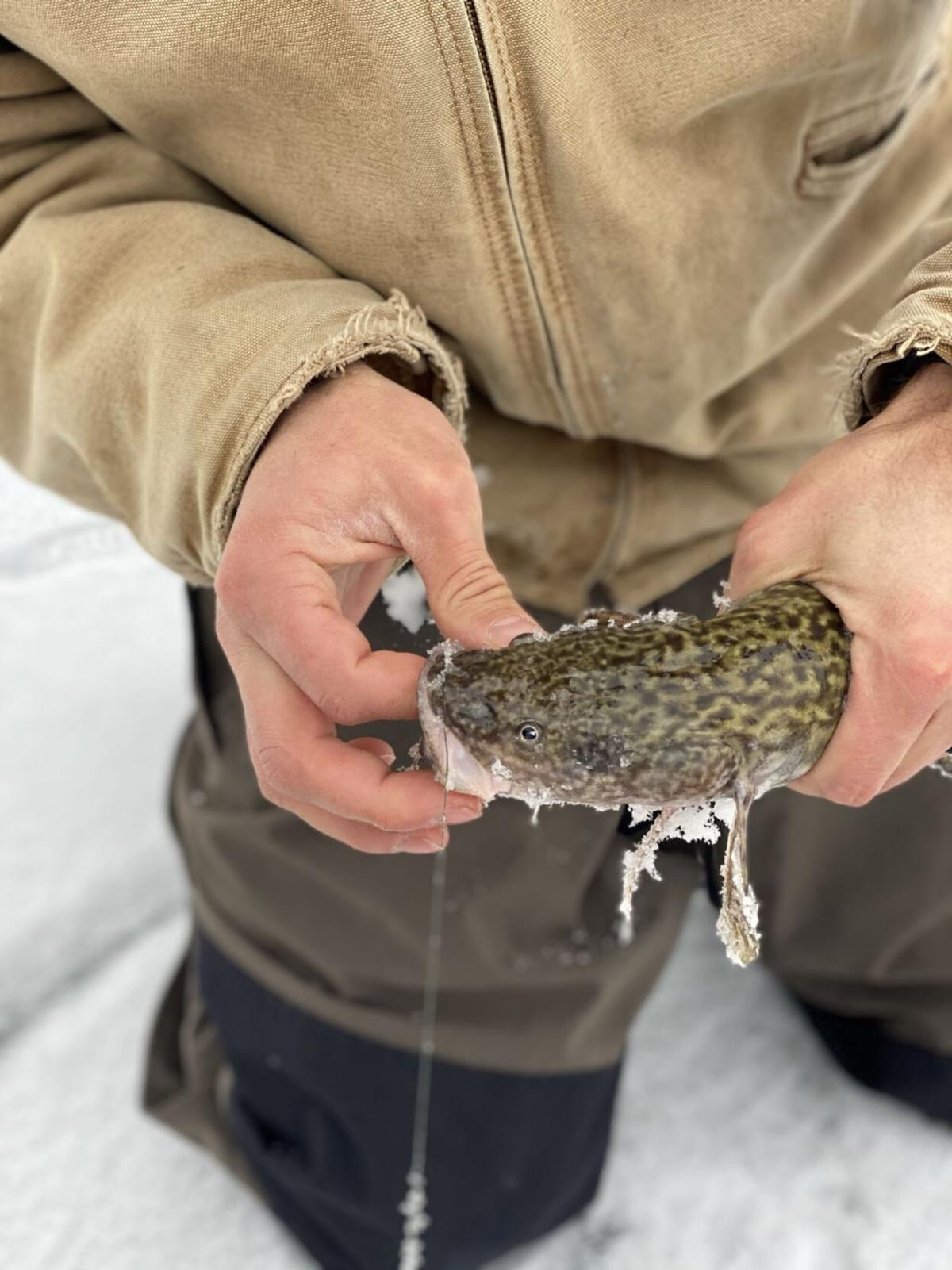 An angler removes the hook from a burbot, also called ling, on Boysen Reservoir. 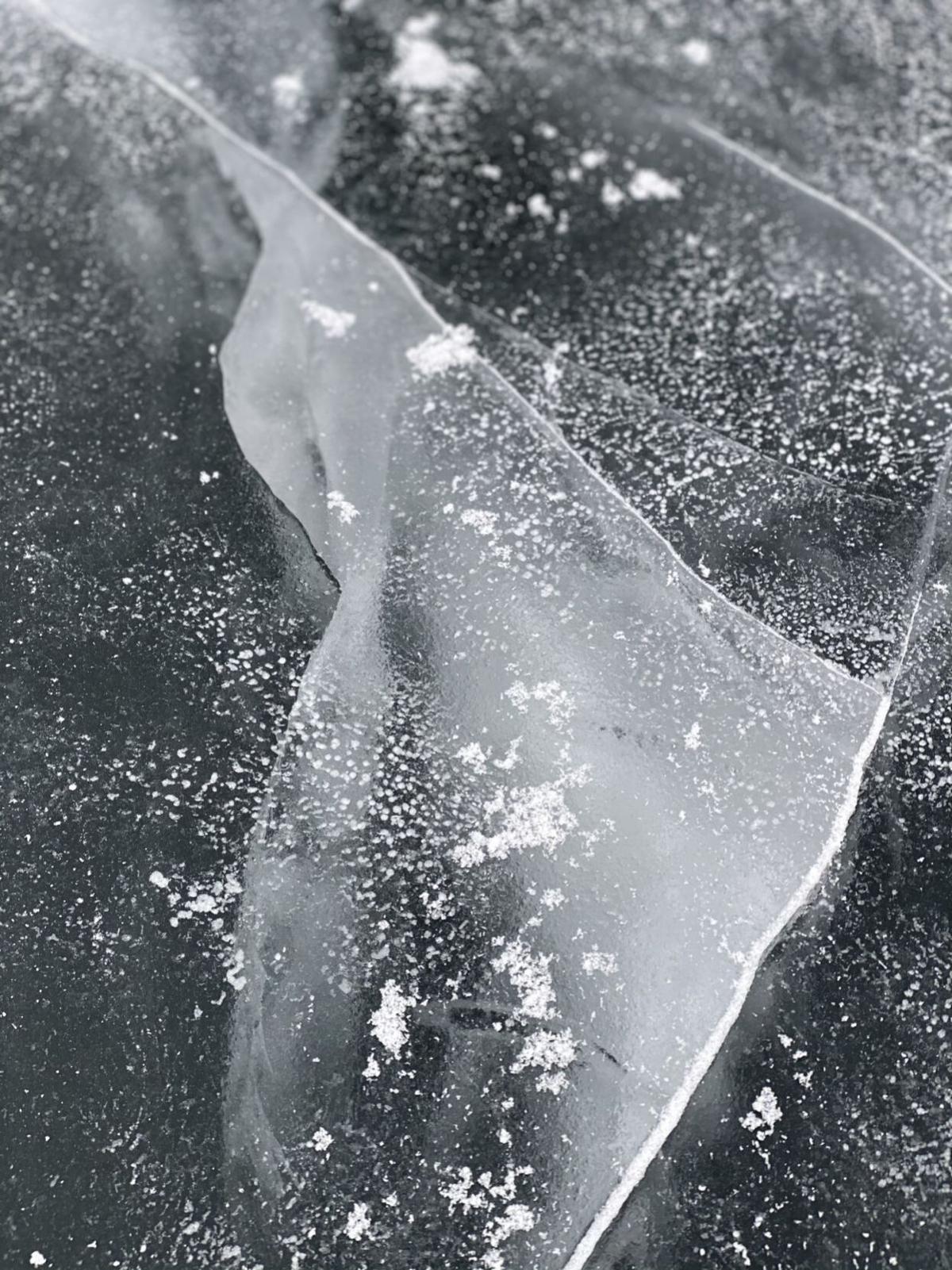 Cracks wind through nearly a foot of ice on Boysen Reservoir. 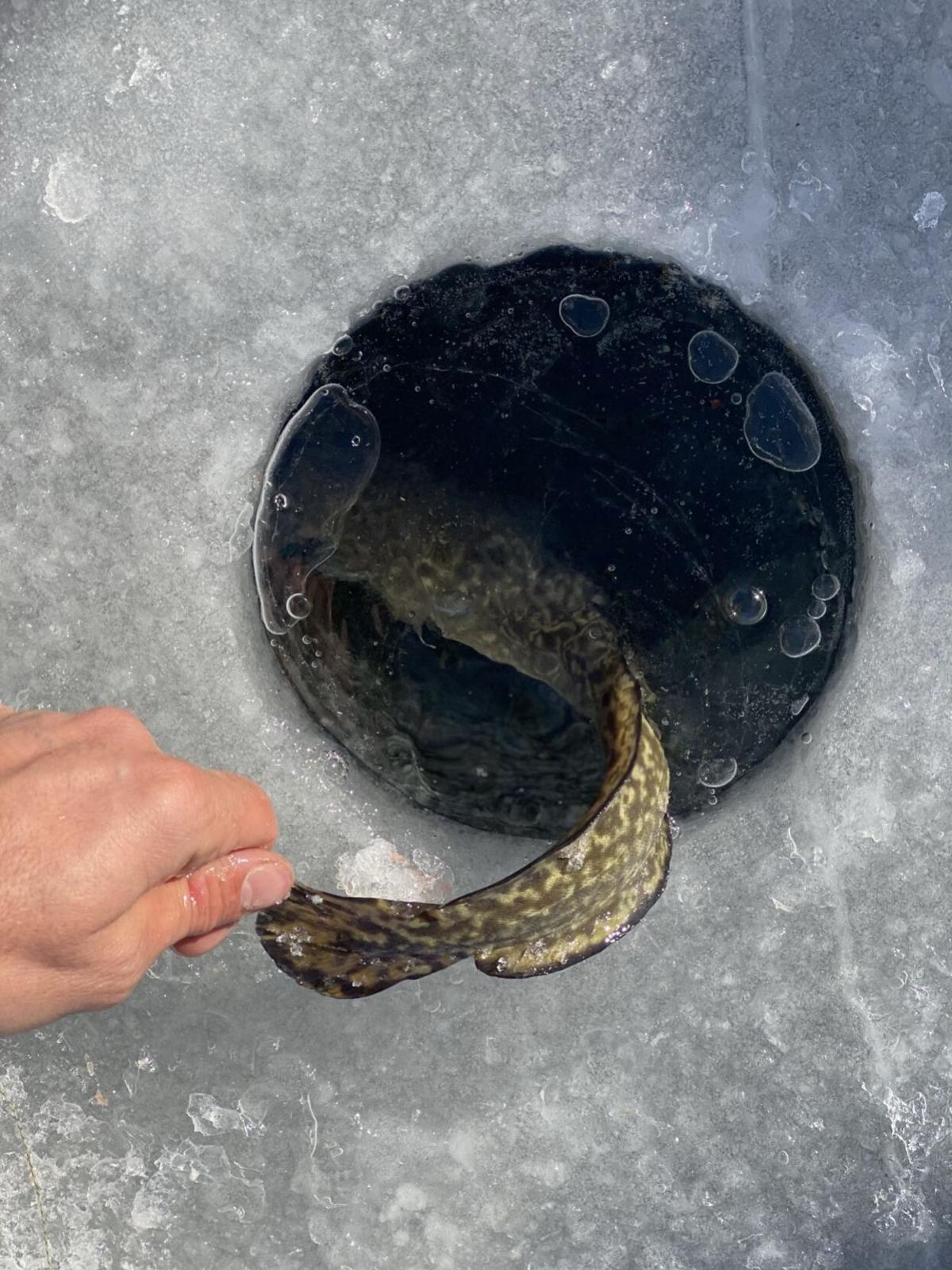 A ling, recently caught on a minnow, swims back through into Boysen Reservoir.

Christine Peterson, | For the Star-Tribune

Fog shrouded the lake so completely it hid, in places, where the ice began and land ended. Only ice huts, tiny dots of color, broke the sea of white. Inside those huts were people nestled above perfect, 8-inch round holes, hoping for success.

In the coldest temperatures on the shortest days, Wyoming’s lakes and reservoirs turn into sparsely-populated towns. They’re seldom if ever like lakes in Minnesota or Michigan, where actual towns form with street names and the same neighbors year after year. Wyoming’s ice anglers are more like the state itself, a small group of people spread apart, loosely connected by geography and willingness to endure cold and wind.

But another trait runs through each angler willing to fold open a chair on a sub-zero day and sit with a pole dangling a minnow into the water: Hope.

Hope that at that very moment when the hook dips back down, or when it ticks back up, a walleye or perch or trout or burbot will swim by and decide to bite. Hope that the fish will hang on long enough to be pulled through a hole in foot-thick ice. Hope that hands, now outside of gloves, will stay warm long enough to let the fish go back down to safety or dispatch it for dinner.

Even as snow stays thin in much of the state, ice has formed and that hope reigns.

Fish populations in places like Alcova and Pathfinder reservoirs are strong, said Matt Hahn, Wyoming Game and Fish Department’s Casper fisheries supervisor. Glendo Reservoir may have one of the biggest walleye populations in the last couple decades, swimming among a strong age class of crappie.