There’s a soft spot in his tackle box each time Dwayne Culmer goes fishing for black bass at Beaver Lake.

Bags of soft, supple plastic worms are within easy reach, like cushy little pillows in every color under the sun. Plastic worms are the lures of summer on lakes and streams in the Ozarks. Culmer likes to use them all year long.

Rocky points, ledges and bluffs at Beaver Lake are fish-holding targets, which Culmer hit with bull’s eye precision during a trip in mid-May.

“This time of year, anywhere is pretty good,” Culmer said. Pick a chunk of shoreline and chances are the three species of black bass are prowling the depths. On this trip, Culmer caught all three, swinging largemouth bass, spotted bass and smallmouth bass into his boat.

[Don’t see the video above? Click here to watch: https://www.youtube.com/watch?v=HUHTh714M0Q]

It took awhile. First light ushered in a chilly 45-degree morning. Steam rose from the warmer 68-degree water. Culmer didn’t get a bite his first hour on the water.

That changed midmorning, as if the climbing sun was an alarm clock for sleeping bass. By early afternoon, Culmer and his fishing buddy caught and released about 20 bass, working plastic worms from 6 to 15 feet deep.

Bluffs along the main lake are his favorite spots from late winter into early spring. Once the water warms into the 70s, Culmer moves back into coves and pockets to cast his dependable soft-plastic lures.

The bags of plastic worms Culmer carries are mostly in dark colors and 5- to 6-inches long. Colors have fancy names like watermelon red, green pumpkin and June bug. Bass liked the June bug color — purple with red flakes — on this May morning.

There are nearly as many ways to rig a plastic worm as there are colors. Culmer’s favorite is to thread the worm on a shaky-head jig with the hook point buried in the body of the worm to make it weedless. Let the worm sink to the bottom. Give the rod tip a shake, shake, shake to dance the lure around and hang on.

Fishing was good on this May day, so Culmer topped his day off in a cove he’d never fished. First time was a charm, with Culmer welcoming two decent bass aboard. His last fish was big bass of the day, a fine 18-inch largemouth.

“That makes my day right there,” Culmer said. “We got a couple of decent ones out of a new area.”

[Don’t see the gallery above? Click here to see the photos: http://nwamedia.photoshelter.com/gallery/Outdoors-6-16/G0000jiYIlWkXO2U]

The mix of black bass he caught contained some chunky spotted bass, also called Kentucky bass by anglers. That begs the question. How did spotted bass get that Kentucky nickname anyway?

It’s unclear, but could go back to 1956. That year, the Kentucky General Assembly voted to name the spotted bass as Kentucky’s state fish because it’s found everywhere in the Bluegrass State.

Since then, fishermen across the range of spotted bass, including the Ozarks, have called them Kentuckies.

But not all Kentucky bass are created equal. One subspecies of spotted bass in Alabama and other deep South states can reach weights of 7 pounds or more, said Jon Stein, area fisheries supervisor with the Arkansas Game and Fish Commission. That’s far bigger than spotted bass in Ozark waters, which grow to 3 pounds, sometimes more.

A statewide study by Game and Fish is looking at the genetic makeup of spotted bass to see if any waters in the state contain this larger subspecies, Stein said. As part of the study, a fisheries crew clipped small fin samples from 60 spotted bass at Beaver Lake to add to the research.

Results aren’t available yet, Stein said. It’s unlikely that Beaver Lake has any of the large subspecies, he said. Waters in south Arkansas may have some.

The fish sampled at Beaver Lake were collected by electrofishing mainly along steep banks with lots of boulders and rock in the Ventris and Rocky Branch areas, Stein added — exactly the kinds of shorelines Culmer likes to fish.

Spotted bass are native to Arkansas. To catch one, tie on a plastic worm. 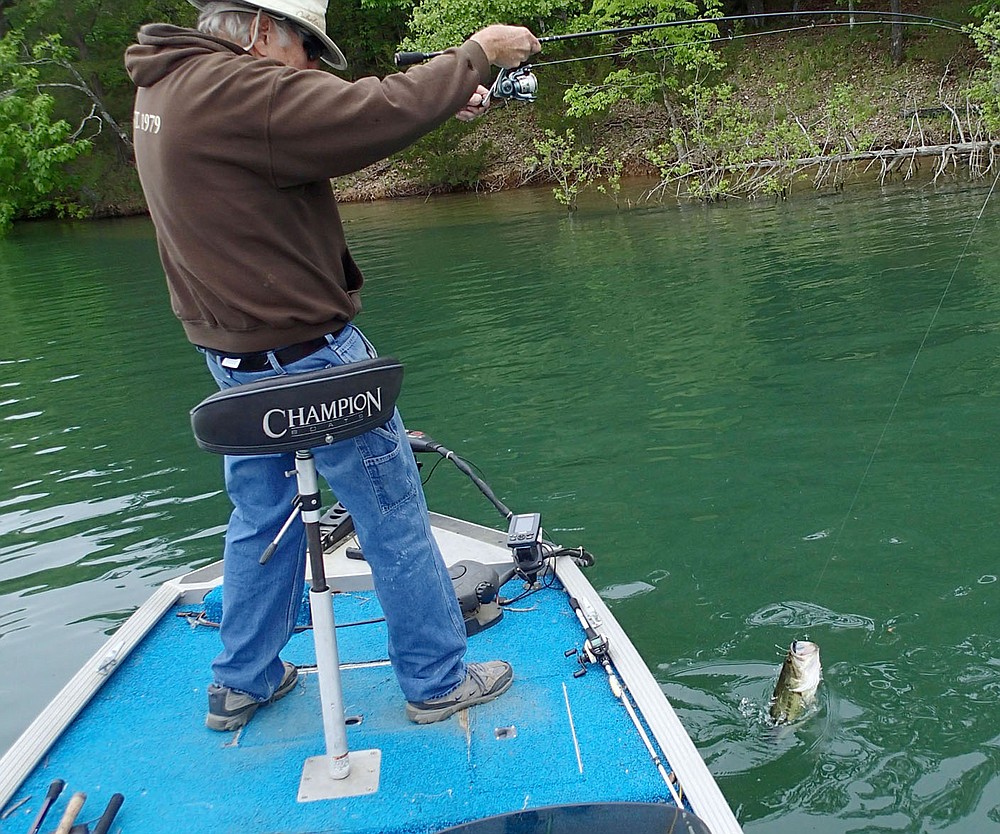 Dwayne Culmer brings a Beaver Lake largemouth bass to his boat. Plastic worms are the angler’s go-to lure for bass fishing most of the year.
(NWA Democrat-Gazette/Flip Putthoff) 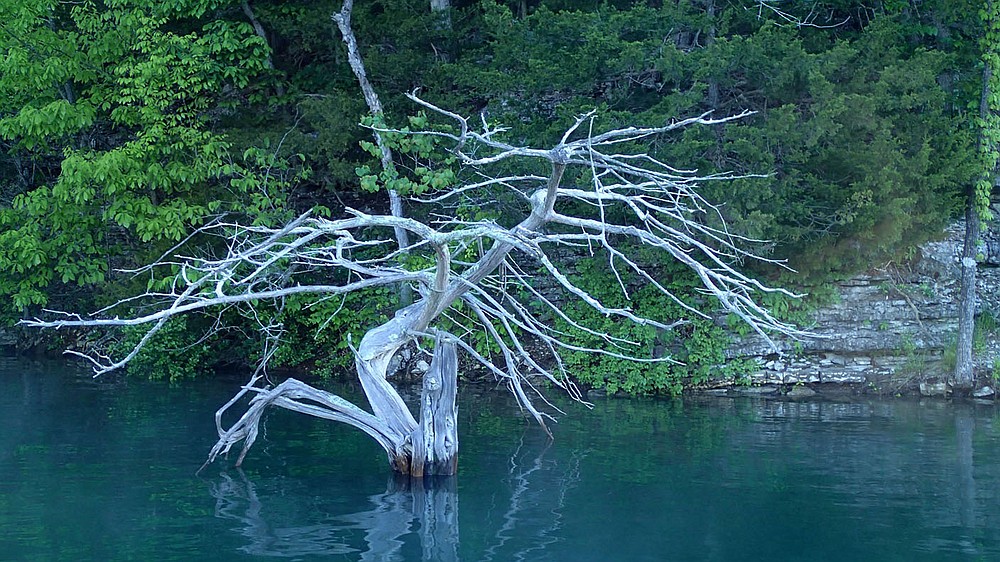 Trees along the Beaver Lake shoreline are like nature’s artwork. Black bass and other game fish hang around them. Culmer has plucked several bass from around this one tree in Van Winklle Hollow.
(NWA Democrat-Gazette/Flip Putthoff) 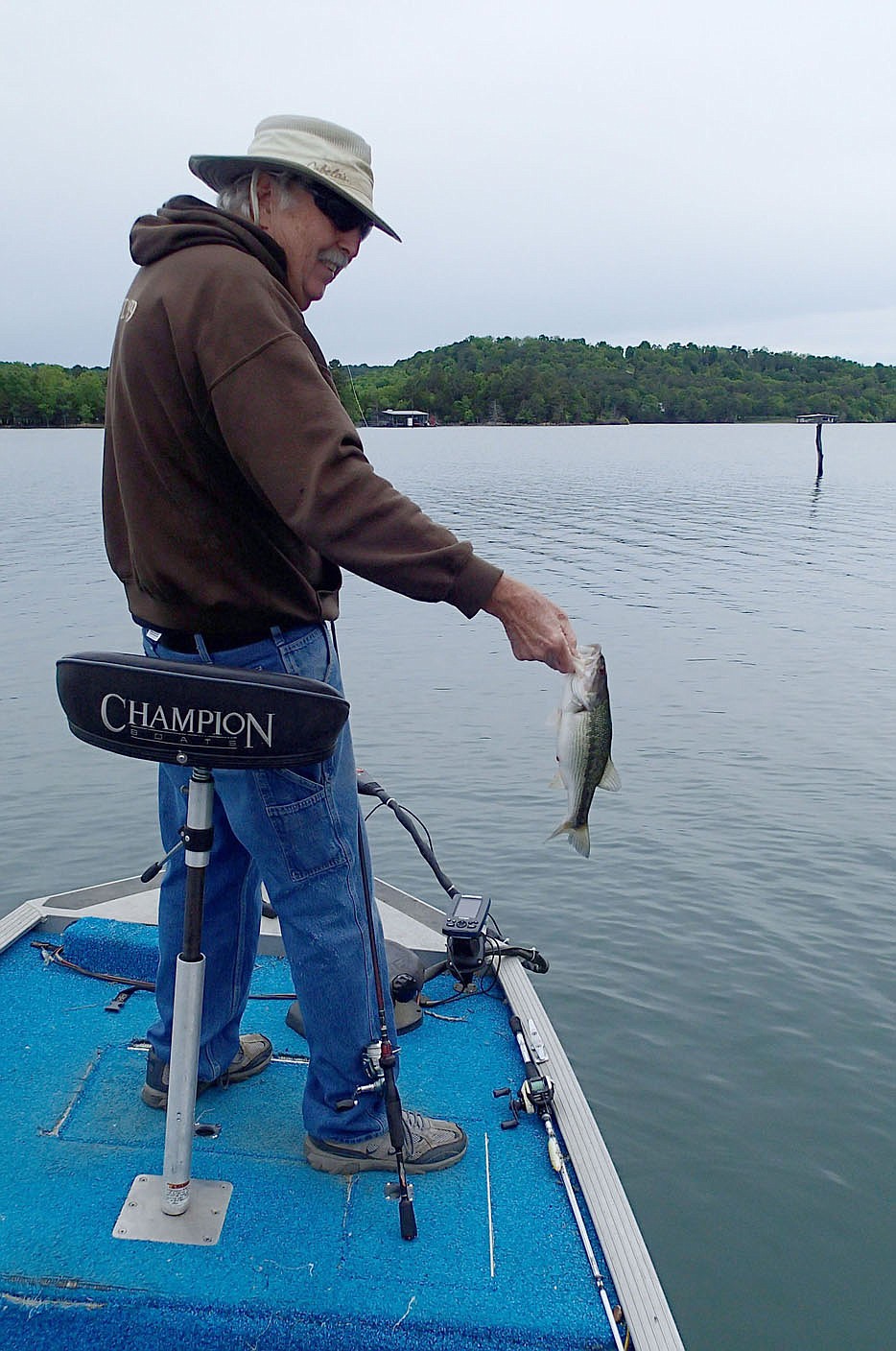 It can be tricky to tell a largemouth bass from a spotted bass.

Start by examining the dorsal fin. The largemouth has a dorsal fin with a deep notch that goes nearly to the back of the fish. A spotted bass has a shallow dorsal fin notch.

Smallmouth bass are easier to identify. They are a uniform olive brown in color with darker vertical stripes. The jaw extends to the eye and they have a shallow notch on the dorsal fin.

The Best Things To Do And Places To Stay In Juneau, Alaska